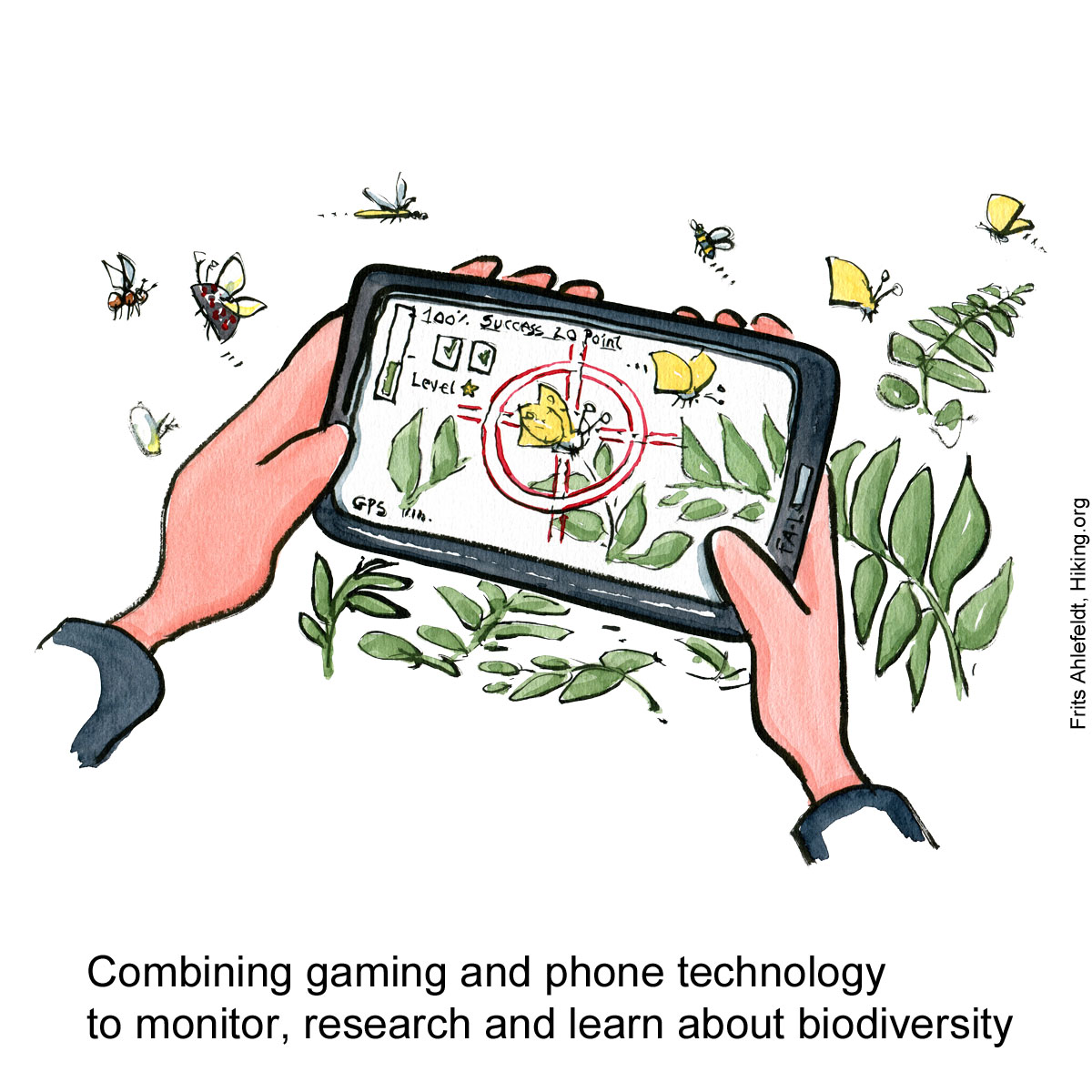 Inspired by games like Pokemon Go, new apps are entering the world, where the real magical creatures of the planet are the main characters

Using phones to document and learn about biodiversity

New phone apps use the trend from online phone games like Pokemon Go or Harry Potter, where people are using the phones to search the landscapes for magical creatures that can be seen through the screen. In the biodiversity apps the difference is that here the creatures are real and are the biodiversity we share our planet with

Inaturalist – Seek – One of the best examples of this new trend is the Seek game from world spanning biodiversity and citizen platform Inatururalist.org – Their game is called Seek and can be downloaded for both Android and Iphone:

My drawing / concept and design sketch of how a biodiversity search platform could look:

Texted version of the drawing:

After a several months long, close to 500 km hike through the Yunnan province in China, 15 wild, Asian elephants are today approaching the 8 mio. people city of Kunming, where the 2021 global UN Biodiversity convention meeting will take place 11-24 October.
The risk of jumping to conclusions...
The challenge of reversed focus syndrome
Teamwork...
Learning to keep social distance while hiking
Coastal trail Bornholm place - Special waterfall on the 120 km. long coastal trail on Bornholm, a an island in the Baltic Sea .