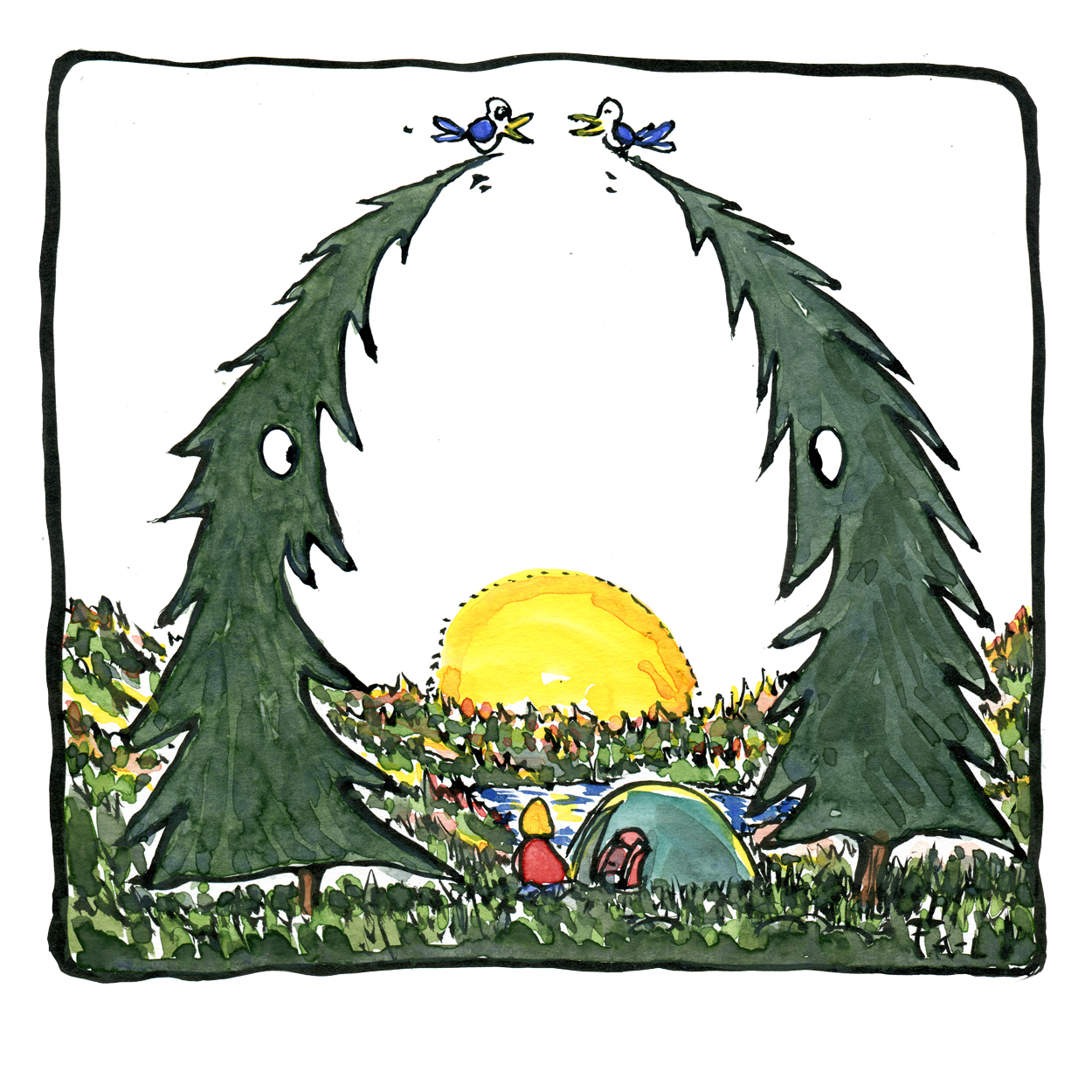 Hiking as a way to relate to the Common Good 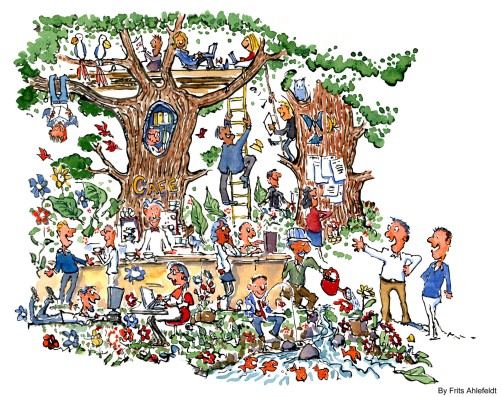 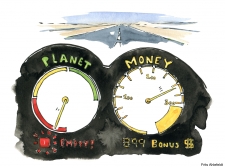 We are running out of planet… CreativeCommons illustration by Frits Ahlefeldt

Some things takes a community to do 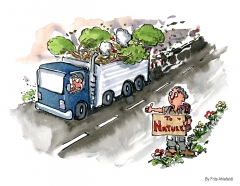 When “leave no trace” is not enough for troubled landscapes 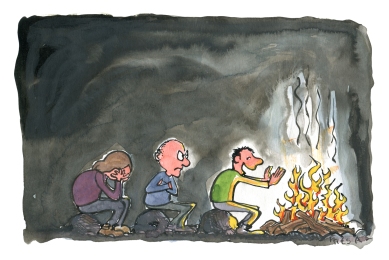 The Common Good Market is a new concept, where transaction is seen as the underlying structure, more than the interest of a community 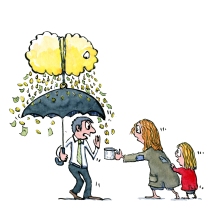 The Drip-down effect of economics is not very well documented, but used a lot. The challenge is that not only the channel, but even the clouds are today controlled by a few 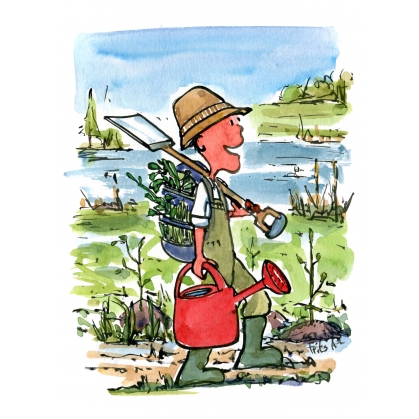 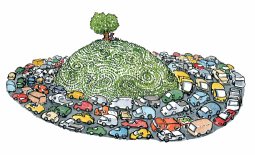 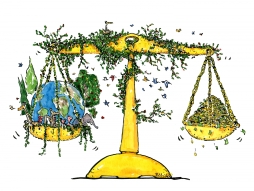 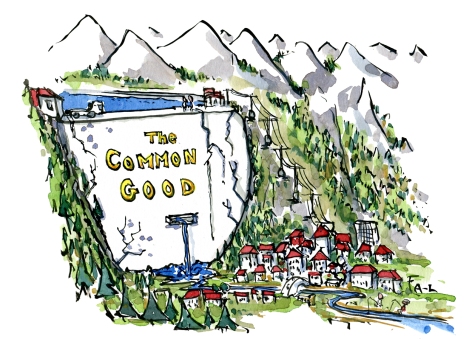 The Common Good as control with shared resources

Someone needs a hug illustration, no text version 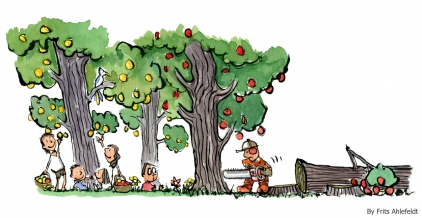 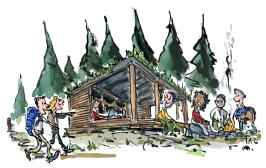 Hiking as a compass of what it means to be human 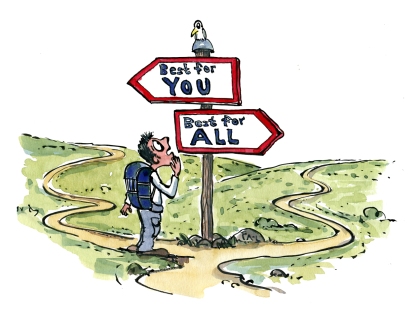 Sometimes the trails to the Common Good winds off in a different direction than most wish for. 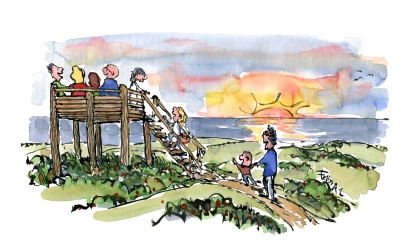 As the Common Good gets more fractured it becomes harder to figure out who should benefit from it, and who should not

The Common Good as defense wall and frame

Places – what they are and how we relate to them

Reality of a fractured city 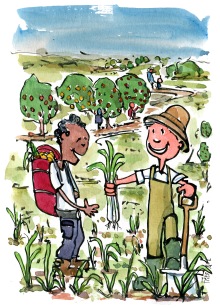 Waves of change and lack of place 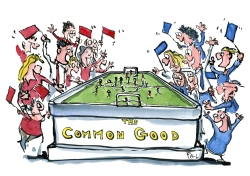 The Common Good as foundation for debate, competition and sports 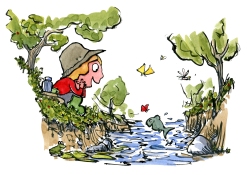 Girl sitting at a small stream 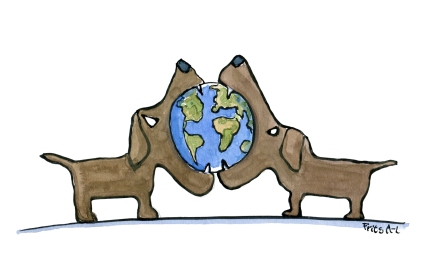 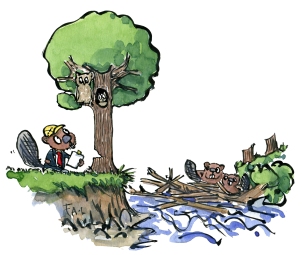 The Common Good challenge of prioritizing between different interests and uses has always been difficult. 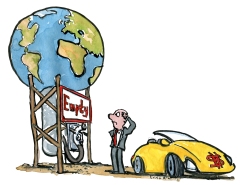 Picking food along the trails 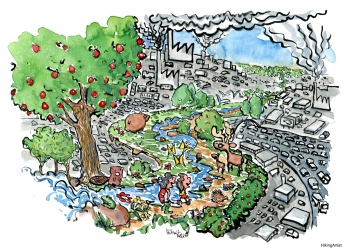 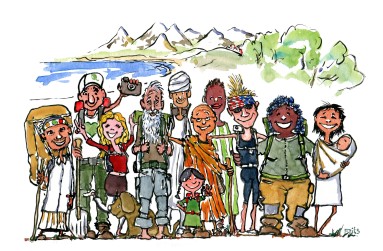 Group of hikers out hiking 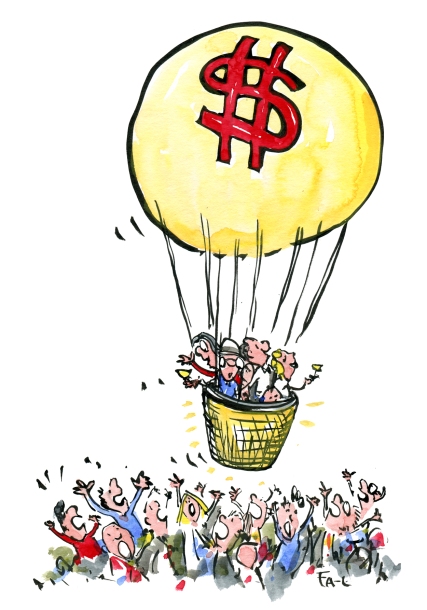 The gab between the Common Good and the privilege of the few, to fly higher and be out of reach, is seen all over the world today.

Temple made out of living trees. Drawing by Frits Ahlefeldt 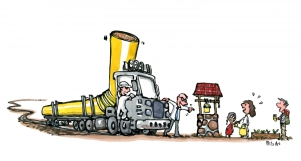 The flawed logic of the longest straw 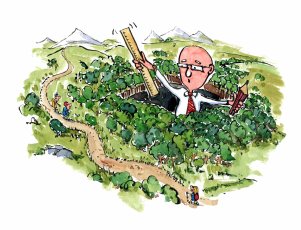 The Common Good as Defense structure against the unknown

Most communities traditionally had some kind of frame or defense structure protecting them, that worked as a membrane between the community and the surrounding environment. The ancient gigantic defense walls of some European, Asian or South American Castle cities are just a few examples. The whole community went together to build and maintain these structures, sometimes over centuries.

And it was much more than only a defense structure, it was also an identity barrier, defining the locals as Bourgeoisie, – people inside the castle or walls of the city, as separate from the outsiders.

The Common Good as foundation for rules and competion

The Common Good might also be seen as the structures that makes rules possible, frame competition and makes anything from Sportsgames to Parliaments, debate and discussions possible, by creating a shared foundation for all.

Sharing and securing the flow of resources from the Common Good

Shared resources and how to prioritize, maintain and optimize them has also traditionally been a part of the Common Good. All citizens had a mutual interest in securing clean water, electricity and other resources. The hydro-dam high above the small city, securing a regular supply of water throughout the year, to be used for different purposes was very important, especially before the invention of fossil fuel driven machines.

Balancing the many different needs of the Common Good

How to use and maintain the Common Good has been a challenge to most communities, throughout history. Some uses would make other uses more difficult. And most Commons are balanced between a lot of different individual and community interests, from food growing, to defense, to leisure, to climate buffer zones.

Free-riders and the Common Good

Resources are more often than not limited. Even resources we used to think was unlimited, literally as plentiful as fish in the ocean, are collapsing really fast today.

At the same time free-riders, not paying tax or giving anything back to the society is finding still more sophisticated ways to secure their own profit, using things like tax avoidance schemes, sending money forth and back to small far-away islands with the help of corrupt government officials, large banks and huge consultancy companies.

The planet’s resources are finite and we humans might face one of our most difficult challenges ever in the next few years, as we already today are using much more than the planet can supply. But how to regulate and secure global resources of the Common Good has been almost impossible for us up till now.

The 1% of the richest people in the world owns more than half of the resources of the planet today, and their share is only getting larger every day, according to the estimates from the last around 30 years or so. This gap between who owns what might be seen as a collapse of the Common Good into billions of very poor people on the ground and less than a hundred very, very rich people, in control of most of the technology, resources, land and values. People that has risen above any national and international law, almost like they where living in the clouds.

there has been a lot of hope attached to the theory that the wealth of the few Super-rich would somehow drip down to the rest of the world. And in this way their wealth could benefit the Common Good. Unfortunately there is not much data supporting that this is what is happening today.

It seems like the theory is relying on “free clouds”, but today the clouds are anything but.

The concept of a Common Good Market

One huge change that has made the shift of ownership to the few possible, is that today the Common Good seems more to be understood as to be about how to liberate money transactions and the flow of stocks and bonds, than to be about the classic material and land-based resources, that are more stable in weight and value.

Monetary transactions and estimates fluctuate wildly in value and are also much more easy to manipulate on a global scale, especially by huge, international companies and other heavy players. The digitization of value might even have accelerated this tendency more, as huge amounts of goods and stocks can be traded around the globe in seconds today, no papers signed, humans involved or permissions needed.

A traditional community will take care of its citizens and its members, but today in a globalized, digital reality, it is getting more and more difficult to define who is who in a community or society. And also who should benefit and – or contribute to the Common Good.

The Common Good when structures and knowledge become digital

The structures, books and logic that has kept our civilization on a steady, but maybe not optimal course for centuries, are  today being replaced by new, non-material, bits-based structures, with their own ability to think and create both their own reality, overview and priorities. All this is so new and the speed it is happening in so fast that nobody today has any clear idea what all this will mean. Either to us, to the planet or to the Common Good.

Can Hiking be a compass for re-connecting us to the Common Good?

For hundred of thousand of years we have been living together in small communities,  telling stories and wandering the planet. Hiking has not changed very much, it still has the appeal and timeless feel of connecting through being together and walking together under the stars on a small planet, flowing through deep space.  We are hard wired to live here and to make our understandings as good as we can, as we move through the landscapes.

Hiking can be a compass, re-connecting us to this reality and helping us to what being human can mean, human beyond and outside our new digital, screen-based reality. A life in a backpack is a less materialistic life, where hikers only bring the most essential for their well-being.

And it is actually a bit of a strange paradox, that the same digital revolution, that can now take care of so much, from connecting us along satellites, to updating our every breath to social media, to monitoring our well-being, and securing our health, should we fall or get lost. The same digital tools just might help us rid ourselves of the lock-down, non-nomadic lifestyles we have been forced to live since we started farming a few thousand years ago, and stopped wandering. Robots, self-driving machines and GPS controlled harvesters can now farm much better than us.

Maybe, just maybe, our smart technology, can be more than a path to a new virtual screen-based reality.

Maybe it can be a way to better help us reconnect to each other and to the planet again through a more minimalistic, nomadic lifestyle, inspired by hiking.